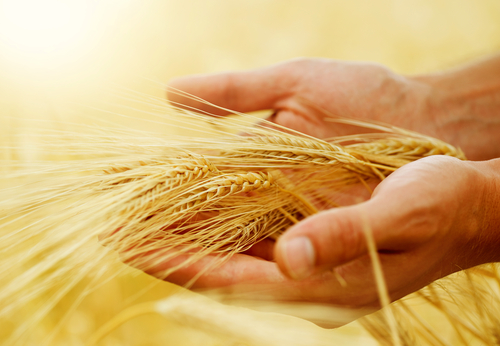 A common phrase found in modern Christian writings,” time, talent and treasure”, serves as a summary of the general areas of steward responsibility. Other scriptural references mention the stewardship of creation, community, dominion, possessions, spiritual gifts, relationships, mind, body, the poor, the widowed, and God’s image (Wilson, 2010). Investing time, money, energy, and gifts serves as a living example of God’s love to the world (Botha, 2014). The fundamental principle throughout the Bible is that all creation belongs to God and that God created man to be the steward (Pascoe, 2013; Zylstra, 2012). From this perspective, stewardship involves leading others on behalf of, and being accountable to God, as the ultimate Owner of All (Zylstra, 2012). From a theological viewpoint, Kantonen (1954) noted that stewardship takes on spiritual significance when used to describe man’s management of his entire life as a responsibility to God. The New Testament context implies more than trusteeship over possessions. It also embodies the idea of partnership and functioning as one of God’s fellow workers, heirs, and sons (Kantonen, 1954; Wilson, 2010). Faith serves as the beginning of Christian stewardship with the focus on the Master, not on things; therefore, the mark of immature faith is legalistic calculation that strives to do, or give, the least amount possible, rather than responding with a whole life of surrendered stewardship (Kantonen, 1954). Rather than producing results by loving money and using people, the Christian steward leader loves people and uses money as God directs (Hoag, Rodin, & Willmer, 2014). The concepts of trusteeship, responsibility, and accountability to the owner serve as a living expression of faith and stewardship (Pascoe, 2013; Rich, 2012; Zylstra, 2012). Stewardship serves as a philosophy of faith in action that provides the proper orientation to the material world and encompasses not only religion but also home, business, industry, science, art, and ultimately all of life (Zylstra, 2012). Therefore, the steward leader strives to be accountable to God for managing resources in a responsible and faithful manner.

Stewardship involves commitment to a larger purpose. According to Senge (2014), having a higher purpose provides an anchor for personal vision and results in genuine caring, energy, enthusiasm, courage and perseverance. The integration of a leader’s ideological values with daily activities of work results in the formation of values such as integrity and high standards of moral conduct (Buys & Cronje, 2013; Freeman, 2011). The use of the word vocatio, meaning vocation, comes from the creation account when God gave every man his occupation and place of stewardship in His earthly economy, so that God would be at work in our work (Kantonen, 1954). The foundation for workplace spirituality comes from viewing work as a higher calling to serve God in the workplace through all activities and interpersonal relationships (Fry et al., 2011; Javanmard, 2012; Karakas, 2010; Reave, 2005). Vocation refers to the outward expression of a God-given role to do His work on earth.

In the modern faith-based community, the general meaning of stewardship appears unclear. A 3-year research project at Princeton University involved surveying 2000 people from various faiths and found that 40% indicated that stewardship was “living in a responsible way”, 16% said it meant that “God made everything”, 12% thought it was “caring for the planet”, 10% said that stewardship was “giving money to the church”, and 20% were unsure (Wuthnow, 1993). Even though people typically associate stewardship with financial responsibility and accountability, Botha (2014) noted that stewardship is a daily decision and commitment. Steward leaders seek God’s direction regarding His plan for His resources. Assets are not merely a source of security or means of production (Hoag et al., 2014). From the Christian perspective, the broad concept of stewardship is not about money but spirituality.

Being a steward leader at work implies positions of authority and accountability. Accountability over others, while being under the authority of God, provides the context from which to understand the Christian perspective of steward leadership (Rich, 2012; Wilson, 2010). A seminal work written in 1988 by Clinton (2012) included a focus on principles of authority and accountability related to leadership emergence. The initial study included 500 case studies of leaders followed by an additional 3,000 case studies over the next 15 years. The comparative findings by Clinton resulted in the identification of core values related to the role of the Christian steward leader. These values included recognition that God is the ultimate authority and all tasks come from Him; authority exists for the benefit and growth of the follower; and, God delegates authority, abilities, and skills to the steward leader to accomplish His purposes. The key difference for steward leaders is the guiding force (Hoag et al., 2014). The leadership characteristics humility, faithfulness, integrity, trustworthiness, and discernment/wisdom scored highest among steward leader respondents (Rich, 2012). Overall, the defining attributes of Christian steward leaders included the unique mind-set of the steward leader regarding ownership and the chain of authority, and the view that steward leaders are accountable to God, stakeholders, and themselves for how they manage the resources under their trust.