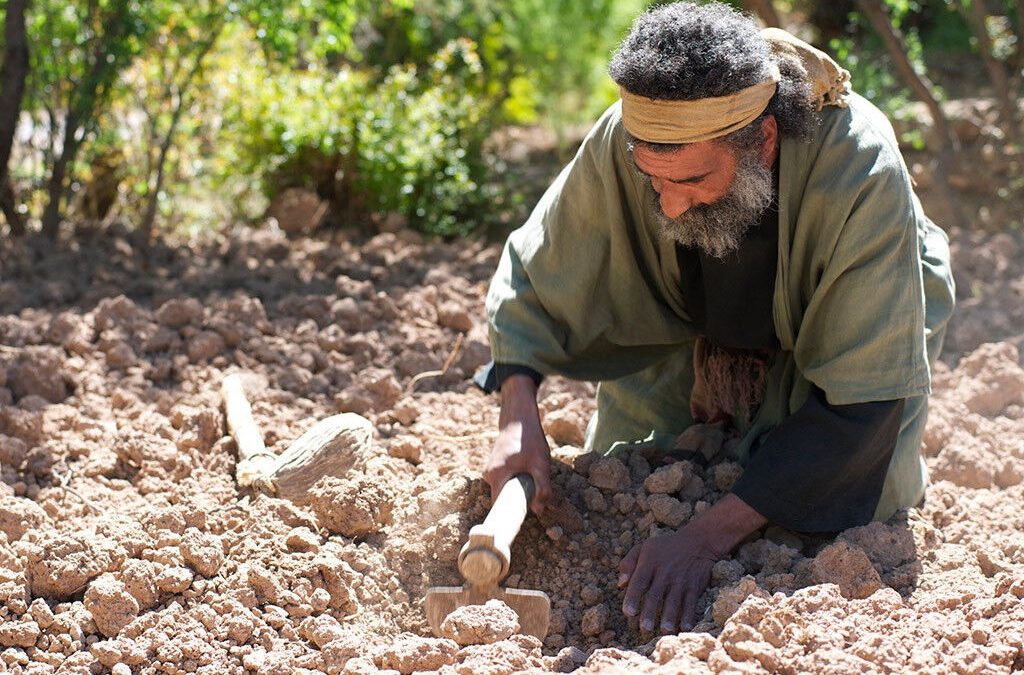 What does global mission have to do with Jesus’ “Parables of the Kingdom” in Matthew 13? We’ll take a look, in the last of this three part blog series.

In Matthew 13:31–33, we have two parallel parables. There is a stark contrast between what ancient writers considered to be the smallest of all seeds and the largest of all plants (13:31–32). Something so small it is barely noticeable becomes a vast tree where birds can take shelter. Both Ezekiel 17:23–24 and Daniel 4:12 contain visions of such a tree where birds of the air perch in its branches, representing the nations of the earth. The kingdom of God looks so tiny at first but it eventually encompasses everything. In Matthew 13:33 a woman hid leaven in three measures of flour (perhaps representing the hiddenness of the kingdom e.g. Matt 11:25; 13:11, 35). The three measures represent fifty or sixty pounds of flour, providing bread for between 100–150 people! These parables are realistic but there is also something extravagant about the imagery. Mustard trees do not usually grow large enough to entice many birds to nest in them. Women do not usually make a little bread at home for their family, and yet generate enough food for a small village. Like the parables of the sower and the wheat, the beginnings are not promising and give little indication of the vast size of the outcome.

OMS sprung from small beginnings in 1901, led by a few individuals. It started ministry in three East Asian nations, but by the end of the 1930s, the three male founders were dead, and Lettie Cowman close to retirement age. When the gathering storms of World War II threatened the work in all three countries, it would have been hard to imagine that today OMS is at work in over 70 countries, working with hundreds of denominations and ministries. These parables remind us that God can start with very small, humble, “hidden” beginnings which result in the expansive, all-encompassing reign of the Kingdom of God.

In Matthew 13:44–46 we have a second pair of parallel parables. In both cases, someone stumbles across a great treasure, and sells all they have in order to acquire an object of such great value. Their apparent sacrifice is done out of “delight,” not duty. These two parables emphasize the present nature of the kingdom. The man in the field and the merchant searching for pearls discover that the treasure was waiting to be discovered right now! The kingdom, we might say, is waiting to be found.

So, we are presented with a challenge: to be prepared to give up all that we have; anything that stands in the way of living under the reign of the kingdom and prevents others from hearing and responding to the good news, and then living under its reign. We need to count that cost, as do those who hear the message through us. The true value of the kingdom must be understood and placed above everything else that this world has to offer. There is a great opportunity for us to bring the kingdom of God to people in this moment, without delay. This is a kingdom whose treasure can be enjoyed in the here and now. The peoples of the world need to hear that this is not good news for when we die, but good news today! Do we present this gospel message as something which brings transformation in the midst of this world’s troubles, challenges and heartaches? We see in these two parables that the emphasis is not on the sacrifice and pain to receive the kingdom but rather the joy of discovery. Are we living in the joy of the kingdom? Do we value the one treasure whose worth outweighs all other factors and circumstances? Are we communicating to those to whom we minister the joy, the delight, and the wonderful treasure that is waiting to be found by those who are seeking?

What can we take away from these parables? Firstly, the work of the kingdom may seem small and insignificant now but God is at work to bring about his kingdom in a mighty way, and one day it will rule over all. Secondly, the kingdom is worth sacrificing everything for, since it is more valuable than anything this world has to offer. Thirdly, the kingdom is a treasure whose joy is waiting to be found and which is available for all who seek it, right now.