“Thinking Outside the Box”—Strategic Seminary in Ecuador 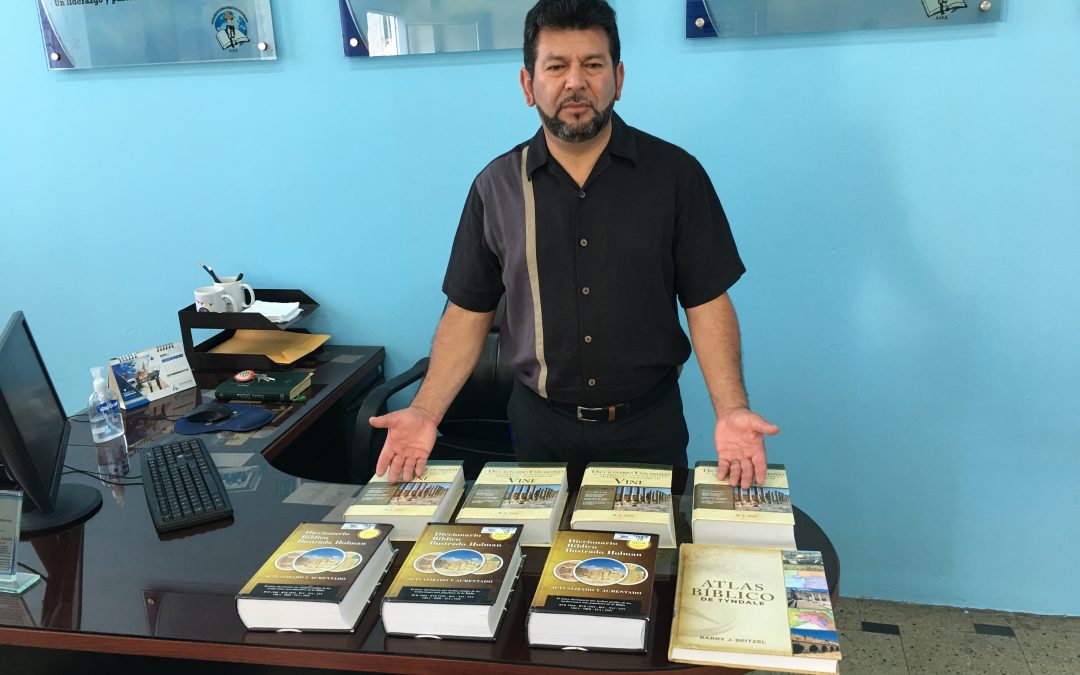 In a recent post (“Strategic Alliance of Latin American Seminaries”), I described a beautiful collaboration that is developing among One Mission Society’s partner schools in the region. During a recent trip to Ecuador, I witnessed in various ways how that mutuality is already producing a new sense of hope and a willingness to think outside the box for seminary and denominational leaders. Here is a little glimpse into how that is playing out for Seminario Teológico EL CAMINO (SETEC), originally known as the Bible Seminary of Ecuador.

For five decades, the physical location of SETEC was in Guayaquil, the largest city in Ecuador. Offices, classrooms, library, meeting rooms—all the “standard” spaces of a seminary were in Guayaquil. When extension programs were opened in other parts of the country, the sede (headquarters, or central location) and the administrative personnel remained in Guayaquil—and almost no one envisioned that changing, even when the extension sites far outpaced the central location in enrollment. However, in August 2018, two combined celebrations were held at the Nueva Vida (New Life) church in Milagro, about 45 minutes from Guayaquil: the 52nd anniversary of the seminary and the inauguration of its new headquarters. With the library holdings and offices now ensconced in the space that used to be Nueva Vida’s elementary school, the location provides a grand and appropriate bridge between the

seminary’s past and its future. Nueva Vida’s founding pastor, the Rev. Leopoldo Oyola, was also the long-time rector of SETEC and a passionate advocate for the training of pastors and church workers; under his leadership the seminary extension in Milagro had grown to be the largest training site in SETEC’s network. Rev. Oyola’s sudden home-going last year left a grief-filled gap in the hearts of many and a deep desire to honor his memory and his vocation has fired the church in Milagro to take on the challenge of administering the seminary ministry. In six weeks, this congregation of less-than-wealthy people raised over $5,000 and provided hundreds of hours of labor to prepare office and library space, unpack and shelve over 4,400 volumes, add new bathrooms, and install new flooring in the initial transformation of elementary school to seminary.

It was thrilling for me to be in Milagro for their celebration and to have the honor to preach a message of hope and challenge as they continue to tackle this new adventure. But even more thrilling were the hours spent prior to that with the denominational president, Rev. Antonio Zabala, hearing how he and his leadership team had arrived at this point of envisioning new possibilities that were “outside the box” of tradition. It turns out that Rev. Zabala’s participation last year in the launch meeting of the Strategic Alliance of Latin American Seminaries in Medellín was exactly the impetus he needed to find the courage to consider creative new solutions to the challenges of theological education in coastal Ecuador. Besides the physical move of the seminary headquarters, two other aspects of the leaders’ creative thinking and new collaborative spirit particularly impressed me.

First, there is a new and heartening willingness to give full approval for denominational students who live in Guayaquil to attend SEMIRED, One Mission Society’s other fine partner seminary in that city. The shared history of the two schools is long and complex; suffice it to say that “collaboration” has never been the hallmark of the relationship. But Rev. Zabala and Rev. Carlos Miranda, rector of SEMIRED, began conversations in Medellín that are continuing to bear fruit for the good of the church and the glory of God in Guayaquil.

Second, the physical space in Guayaquil formerly occupied by the seminary offices and library is being remodeled for a creative and fresh purpose. Rev. Zabala and his team envision this space as a well-equipped virtual training room in which the denomination’s pastors can receive continuing education workshops from context experts all around the world. And, in a choice that should gladden the hearts of all those who cherish our Wesleyan heritage, they would like the pastors’ first training session to focus on biblical holiness!

“Thinking outside the box” and thinking collaboratively—some of the anticipated outcomes of the Strategic Alliance of Latin American Seminaries are already bearing fruit! And there will be more stories to tell as the member schools go further and deeper into this beautiful mutuality that was birthed in Medellín last year.