I Will Send You Far Away 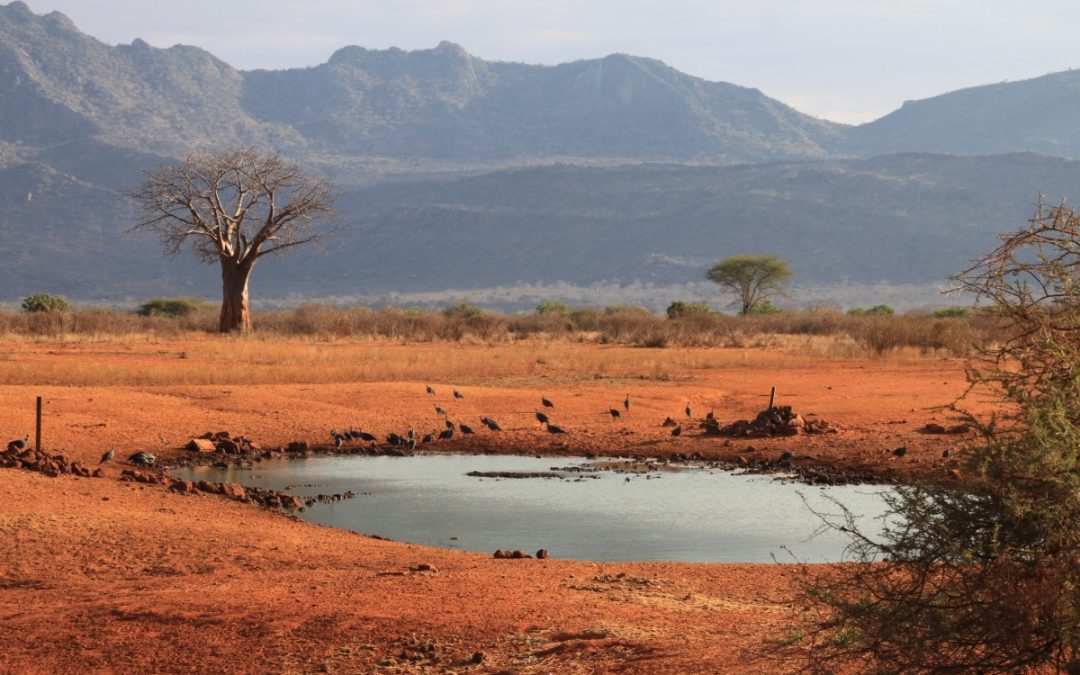 The year: 1994. The place: Kenya, East Africa where I was serving as a volunteer missionary for one year. I knew I was called to be a Bible teacher by that point but I didn’t know where and how. I was beginning to get the impression that God might be calling me to East Africa for longer than one year, but I had been explaining to the Lord that I was not really suited to life in East Africa and was in fact ideally suited to ministry in my home country of Britain! One morning as I was reading the Bible, I came to Acts 22:17–21, where Paul recounts his encounter with the risen Jesus on the Damascus road. Here’s what Paul says happened soon afterwards: 17 “When I had returned to Jerusalem and was praying in the temple, I fell into a trance 18 and saw him saying to me, ‘Make haste and get out of Jerusalem quickly, because they will not accept your testimony about me.’ 19 And I said, ‘Lord, they themselves know that in one synagogue after another I imprisoned and beat those who believed in you. 20 And when the blood of Stephen your witness was being shed, I myself was standing by and approving and watching over the garments of those who killed him.’ 21 And he said to me, ‘Go, for I will send you far away to the Gentiles.’” It was if the words leapt off the page and spoke to me directly, and I could see myself in Paul’s dialogue with the Lord.

Jesus calls Paul to get up and to leave Jerusalem but he doesn’t tell him where he’s going. I think what Paul means in verses 19–20 is, “But Lord I am perfectly placed, equipped and suited to minister to my fellow Jews right where I am”. We are used to thinking of Paul as the “Apostle to the Gentiles” (non-Jews; e.g. Acts 9:15; Romans 11:13; Galatians 2:7–9) but Paul was saying, “I am really suited to the task of “Apostle to the Jews”. After all, this was the same Paul who called himself  a “Hebrew of Hebrews” – whose pedigree and whose credentials singled him out as an exemplary Jew (Philippians 3:3–6). His 180 degree conversion – from persecuting Jesus by opposing his church (Acts 9:5) to recognizing him as the Messiah for his fellow Jews – made him an ideal candidate to reach out to his own people. But what did the Lord say? “‘Go, for I will send you far away to the Gentiles.’” He doesn’t say where he is going or what he is going to do when he got there. His task is to obey. It is to “go”.

We see here God’s concern that all the nations hear the good news about Jesus; in Paul’s case this meant leaving Jerusalem and traveling to new regions, in my case it meant returning later to East Africa. In your case it may mean something else entirely different but it involves joining God in some way in his mission to the nations and being open to however he calls us to play our part in this great work. We also see that God knows us better than we know ourselves and he has shaped and fashioned us with gifts and callings that we may not yet recognize. We will only discover his purposes for us if we are open and obedient, as Paul was when he embraced this call. When he did so, Paul discovered that God had not made a mistake when he called him and the Lord mightily used him in reaching the Gentiles in many of the major cities and regions of his day. Along the way he actually ministered to his own Jewish people too, whether through evangelism in the synagogues (Acts 9:20; 13:5, 13–43; 14:1; 17:10, 17; 18:4, 19) or through his ministry to churches, many of which contained Jewish Christians. Most of us reading this would be considered “Gentiles” – we owe our faith in Jesus to a spiritual ancestry that can be traced at least as far back as Paul and his openness and obedience to “Go . . . far away to the Gentiles”. God’s mission to the nations is not over. Are we open and obedient to whatever surprising purposes he may have for us in fulfilling that mission?